A step-by-step demonstration of the process used to create Lichen Cups, Moss and Rock from my GroundWorks series. This process utilizes the old masters technique of creating a grisaille or monotone under-painting and then applying layers of transparent glazes to achieve the final full color painting. This demonstration focuses primarily on the execution of the grisaille.
GroundWorks Process 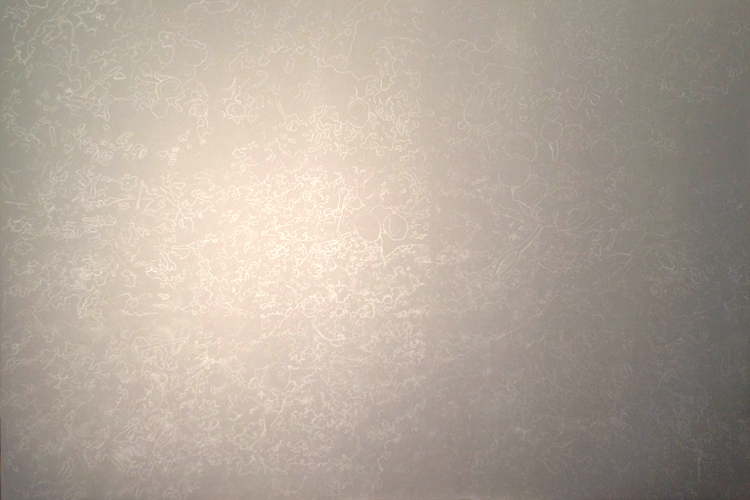 This is the first stage of creating Lichen Cups, Moss and Rock. I have primed my panel with a neutral gray and have sketched in the contour line for the painting. This is a highly detailed painting which took about 4 months to complete. 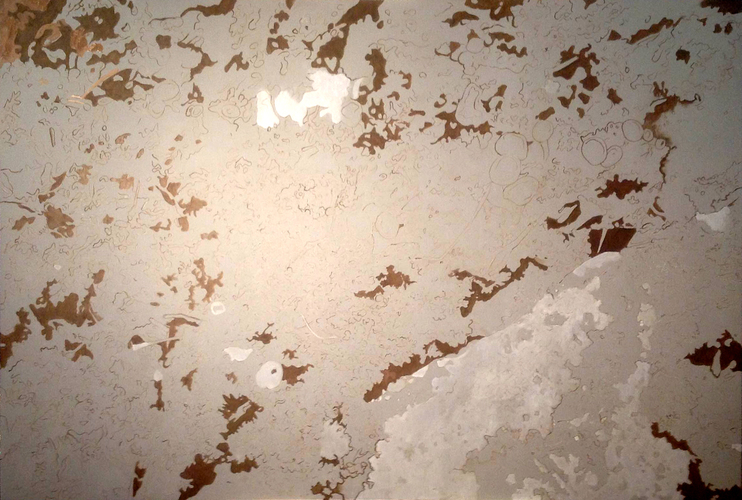 I begin painting starting with the darkest values first. I am limiting myself to using burnt sienna, ivory black and titanium white. 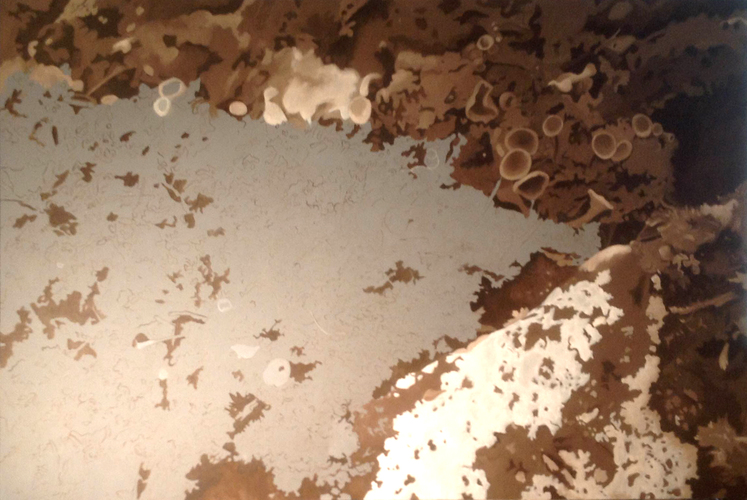 Working around the painting I start to make value associations, broadly painting in the tones. Details will come later when the entire painting is covered in this first pass. 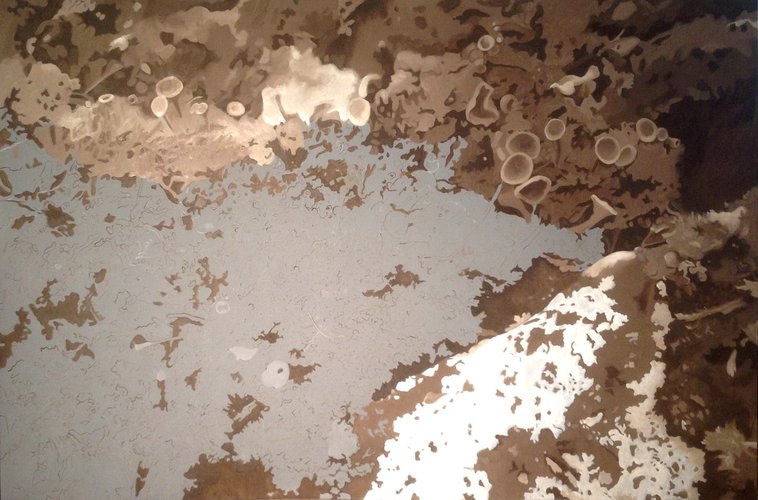 I couldn't wait to get started painting the lichen on the rock in the foreground, I decided to use impasto medium with the titanium white to build up the surface texture of the lichen growing upon the rock to raise it up a bit. 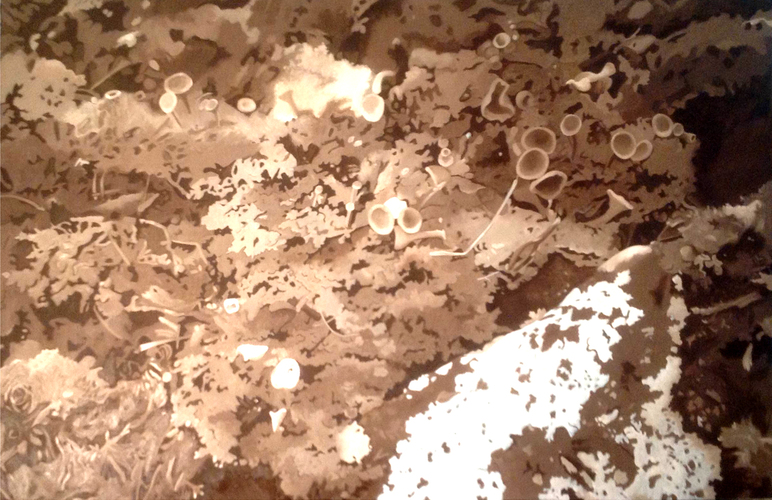 All values in, first pass complete! 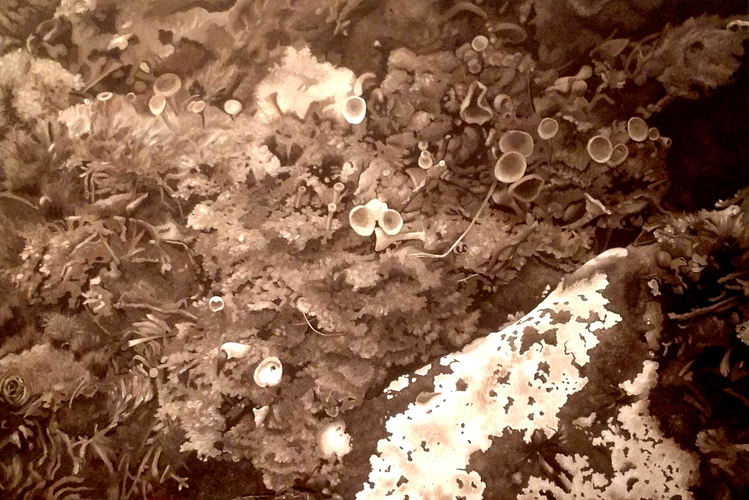 Now that all of the initial values have been finished, I start to flesh out the detail and render the forms. I also decided to use the impasto on some of the centrally located leafy lichens. 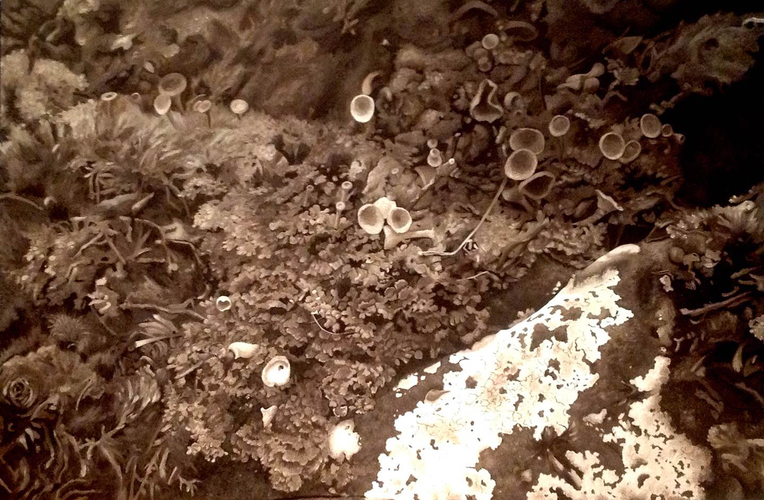 Grisaille completed! The under-painting process took about 75% of the total painting time. 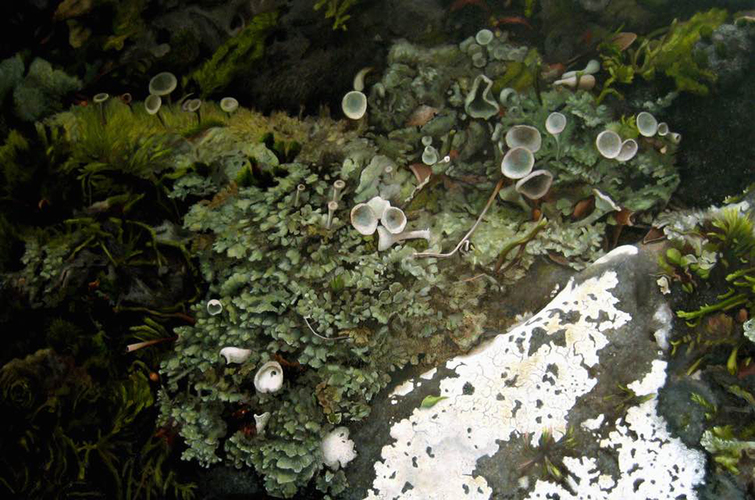 This is the final painting showing all the multiple layers of glazing medium combined with transparent and semi-transparent pigment.
Loading...